An evening lecture in London, 530pm April 13th, by the Founder of the Positive Money campaign

With the impending ‘death of cash’ and the rise of digital currencies (such as Bitcoin), there are strong arguments for central banks to start issuing “digital cash” – an electronic version of notes and coins. Done well, such digital cash might create additional purchasing power and stimulate the sluggish economy. But this raises a number of questions: how would central banks get new digital cash into the economy, and how would the public use it? Would there be any impact – positive or negative – on financial stability? 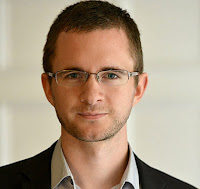 Ben Dyson is the co-author of Modernising Money: Why our monetary system is broken and how it can be fixed. He argues that a design flaw in the banking system, which allows banks to effectively create more than 97% of the money that our economy runs on, is responsible for the financial crisis, unaffordable housing and the government’s reliance on unsustainable debt-fuelled growth. The proposals were recently featured in the Financial Times. He is the founder and Head of Research at Positive Money, a campaign for a banking system that works for society.  More information at http://www.positivemoney.org

Places are limited so book ahead via Martin.Pyrah@cumbria.ac.uk


This lecture organised by IFLAS is given as part of the residential of the Certificate of Achievement in Sustainable Exchange and also provides an opportunity for participants in the Money and Society free online course to meet eachother.

For the IFLAS Open Lectures in Cumbria see here.
Posted by jem at 08:04