Climate Change: Our biggest challenge is our biggest opportunity

The last in the Autumn season of free IFLAS Open Lectures will be once again held in the Percival Lecture Theatre on the Ambleside campus.
Rydal Road, Ambleside, LA22 9BB


We are at a unique inflection point in human history, the reality of climate change has moved beyond debate and is in evidence in our daily lives. For much of society business carries on as usual, but huge changes are underway. Renewable energy is becoming the cheapest form of energy in many parts of the world, and the opportunity is here to create a rapid transition to a low carbon future.
We will look briefly at the reality we are facing in our changing climate, the massive shift underway in the energy and transport sectors and the opportunities for local action to create climate friendly solutions and viable businesses in every community.

Howard Johns works for a community-owned renewable energy revolution. He has founded and led an award winning solar business, a pioneering community-owned energy company and written a guide book to help others to do the same. He has campaigned on energy and climate issues from in treehouses and in parliament – and everywhere in between.

Author of Energy Revolution – Your guide to repowering the energy system, Howard is an energy engineer, entrepreneur, business leader and activist. Following his degree in energy technology and environment, he was a protested against, among other things, the digging of an open cast coal mine, and was evicted from a tree in the process.

Moving on from saying no to the problems, Howard set about building solutions, eventually founding a national solar energy company, and a locally owned renewable energy co-operative – the first one in the UK to build a solar energy project with a community share offer. At the same time he chaired the trade body representing the UK solar industry, finding himself campaigning on energy policy again in the process. 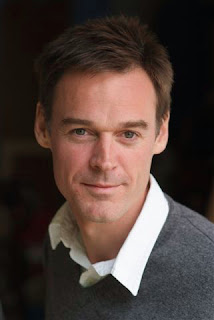 Howard is convinced we have all the technology and money we need to implement the right climate and energy solutions. Now it is time for lots of people to get involved in making it happen. He still works with his local community energy company Ovesco – to scale this project and increase its impact. He is also managing director of a business that manages hundreds of megawatts of solar power stations around the UK, as well as chairman of the positive climate change charity 10:10.