The first two IFLAS Open Lectures have now been finalised, and they will be...


Ashley Cooper has spent the last 14 years documenting the impacts of climate change and the rise of renewable energy on every continent on the planet, the only living photographer to have done so. This epic journey involved traveling to over 30 countries for a project that was self funded from im-age sales into newspapers and magazines. Along the way Ashley was threatened, intimidated, arrested and nearly fell through a snow bridge over a crevasse on the Greenland ice sheet. Following a successful crowd funding exercise, his award winning book was published, "Images From a Warming Planet”
This Open Lecture will focus not only on the worldwide journey documenting the effects of global warming, but also the difficult journey to get the book published.


Born in Sheffield and gaining a degree in Geography, Ashley spent time travelling in East Africa which inspired him to fundraise £14,000 for the British Leprosy Relief Association by climbing all the UK and Irish peaks over 3000ft - 313 in total. After a spell fundraising for NSPCC Cumbria, Ashley became a full time photographer in 2010. 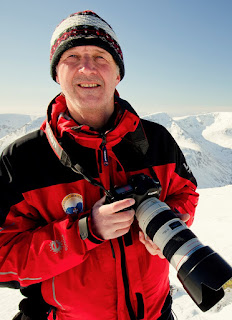 In 2010 Ashley won the climate change category of the Environmental Photographer of the Year Competition, and for the last 25 years he has been a member of the Langdale/Ambleside Mountain Rescue Team, the busiest mountain rescue team in the UK.


Ashley will be with us in Ambleside at 5.30pm until around 7pm on Tuesday 20th March.


Then, in April, we are delighted to welcome Tim Clarke


What can we do together to save the world’s forests?


The international community is fully aware of the numerous threats to our forests. UN targets have been set to halt deforestation, but they are not being met. Targets have also been set for reforestation. But these too are not being met. The presentation will identify some of the issues involved and ways in which institutions, both governmental and non-governmental, are trying to tackle the problem. Tim will briefly present the way WeForest (https://www.weforest.org) is trying to make its own contribution. Tim will conclude that everyone can be part of the solution.

After gaining an MA in Zoology/Ecology Oxford University, Tim worked for the European Commission in successive management positions on Human Rights and EU Election Observation until 2004, when he became an EU Ambassador/Head of Delegation to the African Union, then from 2007 to Tanzania and the East African Community. In 2011 he became Head of Division, Crisis Management and Planning Directorate (CMPD) of the EU’s EEAS. Tim retired from the EU in 2013. 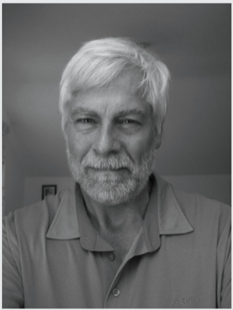 Tim is, in no particualr order: Visiting Fellow at the International Institute for Environment and Development (IIED); Chair of the External Advisory Board of the Centre for Global Eco-Innovation (CGE), Lancaster University Environment Centre ; Board member for several NGOs: the Jane Goodall Institute , APOPO Foundation , ECOLISE ,GAIA Education; Co-founder of Pro Intercultura; Senior Adviser of WWF, Search For Common Ground , Practical Action and KMG Ethiopia; Global Eco Villlage Ambassador; Strategic Adviser, WeForest.
Tim will be joining us on Tuesday 17th April, again 5.30pm to approximately 7pm.
All IFLAS Open Lectures will take place in the Percival Lecture theatre on the Ambleside campus. Please register to attend either of these talks at iflas@cumbria.ac.uk