How can people be helped to engage each other in kind, courageous and generative dialogue?

Where they help each other notice and transcend the fetters on their ability to connect and explore together?

Where they engage in the most difficult issues of our time, as societies are increasingly disturbed and disrupted?

This paper supports people with designing and facilitating gatherings on Deep Adaptation, whether online or in-person. The term ‘Deep Adaptation’ describes an agenda and framework for responding to the potential, probable or inevitable collapse of industrial consumer societies, due to the direct and indirect impacts of human-caused climate change and environmental degradation (Bendell, 2018). It involves the inner and outer, personal and collective, responses to either the anticipation or experience of societal collapse. Gatherings on this topic within the Deep Adaptation Forum have given attention to how we can cultivate a state of presence, connection, and equanimity, from which engaged action may arise. A facilitator to support participants to learn collaboratively and experientially has been key to that focus.

In this paper some of the aspects of Deep Adaptation facilitation that have emerged from a community of practice of volunteer facilitators are summarised. These aspects include containment, with the intention of enabling co-responsibility for a safe-enough space for difficult conversations to occur with difficult emotions. Another key aspect is welcoming radical uncertainty in response to the anxieties people feel, as their sense of self, security and agency are challenged by the anticipation of collapse. A third aspect of this facilitation is making space for grief, which is welcomed as a natural and ongoing response to our predicament. A fourth aspect is a curiosity about processes of othering and separation. That arises due to our assessment that a seemingly innate process of imagining separation, and therefore ‘othering’ people and nature as less significant or meaningful, has been a habit in modern society that impedes responses to social and environmental crises.

Three specific modalities are summarised. First, Deep Listening groups are small gatherings in which participants are invited to share honestly and openly about how they are feeling, and what they are experiencing, as they grapple with the implications of the unfolding climate tragedy. Crucially, they are not dialogic. Second, Deep Relating circles invite people into a relational meditation practice, or an approach to relating with others in a way that is grounded in a detailed awareness of present moment experience. Third, Death Cafes provide a safe and confidential setting for people to talk about death and dying, so with that awareness they might clarify what they want to do with their finite lives. Many other modalities are emerging in the Deep Adaptation field, which can be found from the links provided in the paper.

Occasional Papers are released by the Initiative for Leadership and Sustainability (IFLAS) at the University of Cumbria in the UK to promote discussion amongst scholars and practitioners on themes that matter to our staff and students. This paper follows on from two previous Occasional Papers on the climate crisis, written by Professor Jem Bendell (#2 on Deep Adaptation) and Professor Rupert Read (#3 on the approaching end of our current civilisation)

Katie Carr MA is a facilitator of collaborative, participatory learning processes with fifteen years experience within formal education settings, with communities, and within organisations. Her practice focuses on bringing conscious loving awareness to the relational space between us where connection happens, and where we can explore what it means to be human and alive together. As Senior Facilitator for the Deep Adaptation Forum (DAF) Katie has led the development of the community of volunteer facilitators of in-person and online gatherings, and has guided the development of practices of hosting. Katie teaches leadership at Masters level and also acts as a guide and coach to senior leaders in the voluntary, private and public sectors, who are working on the climate crisis.  katie@lifeworth.com

Dr. Jem Bendell is a Professor of Sustainability Leadership with the University of Cumbria (www.iflas.info) and Founder of the Deep Adaptation Forum (www.deepadaptation.info). He works as a researcher, educator and advisor on social and organisational change, with over 25 years experience in sustainable development initiatives in over 20 countries, with business, voluntary sector and political parties. With 100+ published texts on environment and international development, including reports for the United Nations, and involvement in establishing and growing international multi-stakeholder initiatives, he was recognised as a Young Global Leader by the World Economic Forum 2012-2017. He now specialises in leadership, communications, facilitation and currency innovation for Deep Adaptation to climate chaos. In 2018 he authored the viral Deep Adaptation paper, downloaded around a million times. See www.jembendell.com and www.linkedin.com/in/jembendell 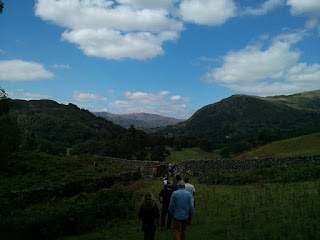