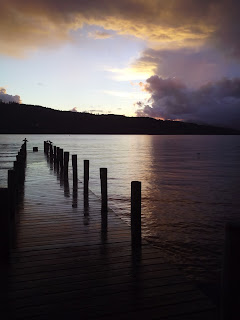 IFLAS has released an Occasional Paper by psychologist Jasmine Kieft of the Climate Justice Union.

"The Responsibility of Communicating Difficult Truths About Climate Influenced Societal Disruption and Collapse: An Introduction to Psychological Research" provides a synthesis of peer-reviewed literature within the field of psychology. It is available for free download as a pdf.

The paper provides background information for the many scientists and scholars who are now speaking out about their varying levels of witnessing or anticipating societal disruption and collapse, as part of an international Scholars Warning. The paper is not an exhaustive review, but seeks to increase awareness of the need to learn from psychology research if making claims about the impacts of discussing difficult futures such as societal collapse.

In the foreword, Professor Jem Bendell explains the context where many scientists have been incorrectly stating that an anticipation of societal disruption or collapse necessarily leads to psychopathologies and/or apathy. The research in this review reveals that although that perspective is being presented as  'common sense' by many climate scientists, it is theoretically and empirically weak. Instead, there is peer-reviewed research suggesting otherwise. However, given the emotional impact of this issue, both Jasmine Kieft and Jem Bendell explain there is an urgent need to know more about how to communicate responsibly about this situation.

Prof Bendell is not a psychologist and explains the importance of prioritising of learning from this field: "Although psychological research is only one approach to considering the questions of whether, how and to whom scientists and scholars should talk about their anticipation of societal disruption and collapse, it is an important field to draw upon. Other relevant fields are sociology, anthropology, political science and spirituality. I hope this paper contributes something to a more sober and informed discussion within the climate policy arena about communicating difficult information."

If you suffer emotional distress about the topic, and do not have sufficient support for that, consider the resources linked to from here.

Given the importance of this topic, if you find the paper to be of value, then sending it to the personal email of your colleagues as they consider whether and how to communicate on this matter will be welcome.

In March 2021 both Jasmine and Jem will be presenting and discussing this research at the climate crucible event of the New Zealand Association of Psychotherapists.

This paper presents a review of psychology research that can help people begin to assess the different ways they can responsibly support each other to talk about their thoughts and feelings on their perceptions of societal disruption and collapse, at home and abroad, due to environmental and climate change. It includes a summary of a review of published studies in psychology on matters of anticipating difficult futures, including vulnerability, disruption, disaster, suffering and mortality. The claims by both specialists and non-specialists that collapse anticipation is necessarily harmful to mental health and social engagement is shown to be theoretically and empirically weak. Instead, the research that suggests we engage each other on this upsetting topic to promote coping. It highlights the potential for that engagement to support people with processing difficult emotions and thus finding more pro-social and pro-environmental ways of responding to societal disturbances. The research is preceded by an extended foreword which locates this literature review in the context of the growing fields of Collapsology and Deep Adaptation.

The research explored the following statements, which were derived from discussions with psychologists working on climate anxiety.

1: The psychological impact of hearing grim predictions, from apathy to motivation, depends on how we help each other to process the implications of that foresight, including attention to the intellectual, emotional and physiological aspects of ourselves. There is a skill to be learned about how to break bad news and help each other integrate that bad news.

2: It is not predetermined how people respond to their perception of the increased vulnerability of them and their loved ones. It can lead to a range of different emotional (and neurobiological) and intellectual responses (in the immediate moment and over the longer term i.e. things change as people process emotions and discuss). Different pathways of response to increased vulnerability are influenced by context. In other words, although increasing fear often leads to support for simplistic, authoritarian and xenophobic ideas, it can lead to other responses, and depends on how we help each other process the emotions of vulnerability.

3: It is not proven that to foresee a calamity as probable or certain undermines action, with much evidence to the contrary.

4: Mental health can be supported through more honesty about our thoughts and emotions (including vulnerability about those) and more connection and dialogue with others. Conversely the avoidance of issues and the suppression of emotions about those issues is unhelpful for mental health and wellbeing.

6: Those people who can allow foresight of calamity into their current experience might be able to help other people later on, if they have time to process the implications for themselves now.

The literature review found complete or nuanced support for each of these statements.

Learn more about the international scholars warning on societal disruption and collapse at www.scholarswarning.net